Posted on January 28, 2012 by RazzandJazzSports 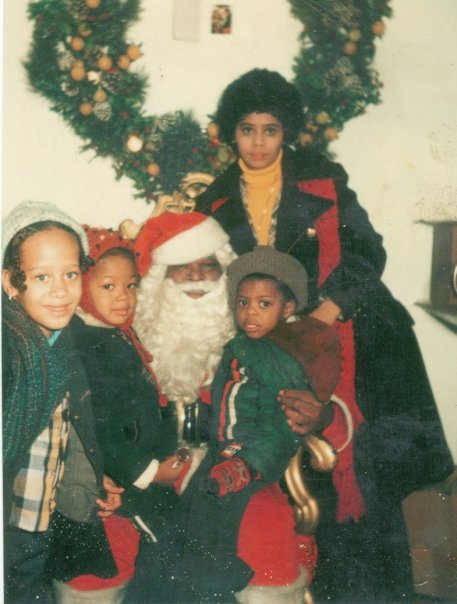 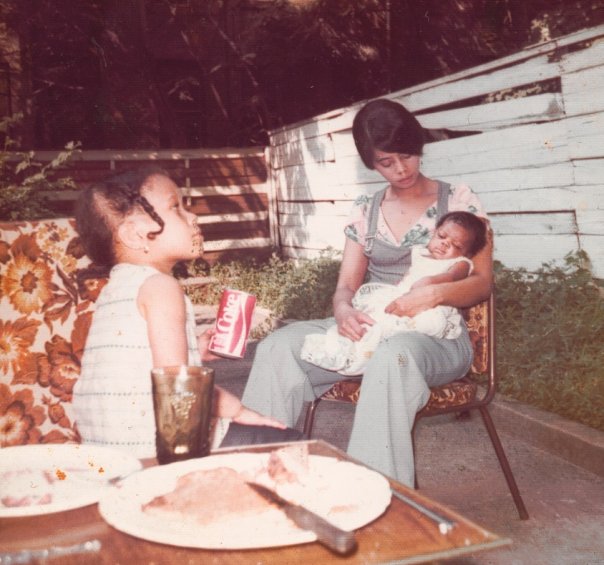 Daphne Johnson, Brenda Johnson, and Derrel Johnson, from the Mid-1970s 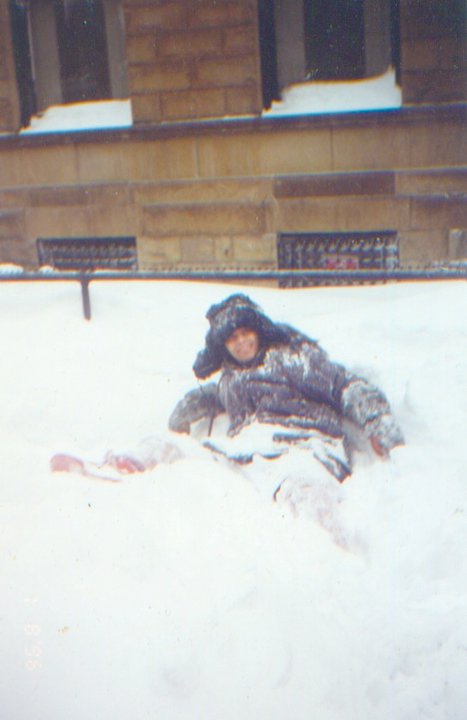 My Mom, Brenda Victoria Johnson, Playing in the Snow

The reason why I am a passionate sports fan is my Mother, Brenda Victoria Johnson, who was my biggest fan. To the day she left this Earth, Tuesday, January 24, 2012, my Mom was a huge sports fan. She was a bigger boxing fan than I was. She would still watch Friday Night Fights and ShoBox: Next Generation.

The last sports conversation I had with my Mom was Sunday, and we both laughed about it. My Mom said she was going for the New York Giants, and proclaimed “I’ve been a Giants fan since Joe Namath.” I ribbed her, and we both laughed, because Namath played for the New York Jets. She laughed, I poked fun at her, and we laughed more. She told my sister, Daphne Johnson, who isn’t much of a sports fan, and could barely get the words out when she told my sister, as she was laughing so hard.

One of the most memorable sporting events I remember watching with my Mom was game five between the Miami Heat and the New York Knicks in the 1999 NBA Playoffs. My Mom was a huge Knicks fan, and would love to talk about the days of Walt “Clyde” Frazier, Bill Bradley, Phil Jackson, Dean mMeminger, and others. I remember being on the phone with my Mom, she at her apartment, me at mine, just a few blocks away, talking strategy while watching the final minutes. Allan Houston shot a jump shot that hit the rim, and bounced, and I remember yelling “It’s got a chance” and it dramatically went in. My Mom and I rejoiced on the phone together. I jumped so high my head almost hit the ceiling. (My ceilings weren’t very high in my first apartment.). Ironic, that I actually ran into Allan Houston walking down Eighth Avenue on the day my Mom would transition.

My Mom not only watched sports, but she played them too. My Mom was a School Aide at PS 192 in Harlem, a school that my sister and I also attended, and my Mom would always play sports. There was an annual Teachers versus Students Softball game, and my Mom would play third base. She was a bit of a tomboy growing up. We would also play a lot of basketball in the school’s gym. As I got older, my Mom and I would have intense battles on the basketball court. My Mom would post me up, and shoot sky hooks over me, at least until I got older, and taller, and was able to block her shots.

We also had a basketball hoop in the hallway of our apartment. Poor neighbors, and my sister as well, as my Mom and I would battle for supremacy on the court. You guys know me, and my Taurus Temper, but if my Mom made a call, right or wrong, she was getting the ball.

Since the 1980s, I have watched every Super Bowl, save one, with my Mom. Here’s my confession for the many friends who have invited me to watch the Super Bowl with them. I had set plans every year. My Mom would always get my favorite, Louisiana Crunch Cake, by Entenmann’s, along with an assortment of snacks and food. My older sister Daphne had even begun to get in on the excitement, making food and snacks with us, but not watching the game. I will watch this year’s Super Bowl, ironically, a rematch of the only Super Bowl I didn’t watch with my Mom four years ago, with the New England Patriots and the New York Giants. I will have my Louisiana Crunch Cake, but, tragically, I will not have my Mom beside me.

The Razz and Jazz Sports Blog was created by Marc "Razz" Rasbury and Derrel "Jazz" Johnson to create fresh opinions on New York Sports and beyond from two credentialed members of the media.
View all posts by RazzandJazzSports →
This entry was posted in Entertainment, Sports and tagged Brenda Johnson, Brenda Victoria Johnson, Derrel Johnson. Bookmark the permalink.