Posted on August 26, 2012 by RazzandJazzSports 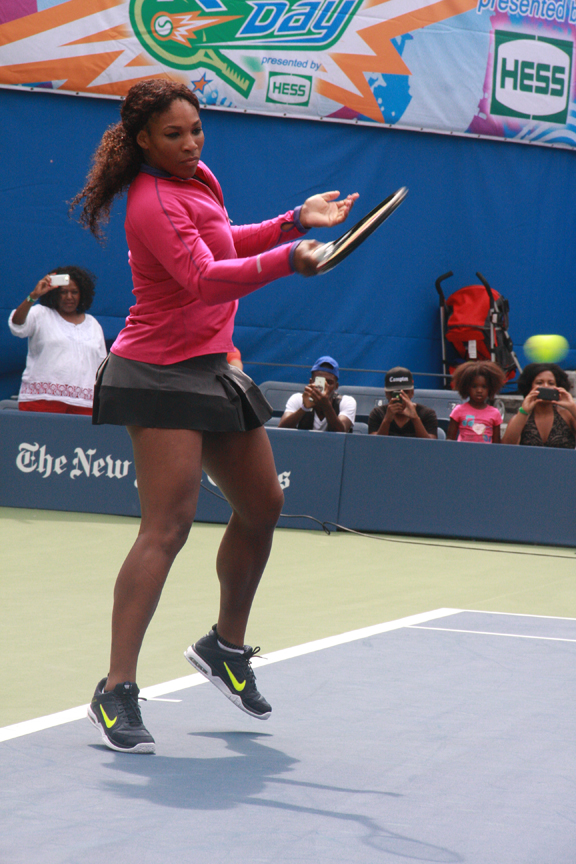 Serena Williams was asked about her celebration after winning the gold medal in London, England, at the 2012 Olympics in women’s singles. ( https://razzandjazzsports.wordpress.com/2012/08/04/serena-williams-wins-olympic-gold/ ) When specifically asked about doing the Crip Walk, and any regrets, Williams responded “First of all, it was just a dance. I didn’t know that’s what it was called. Second, why are you asking me that?” Later, she continued, “If anything, you should be trying to ask me questions to lift me up”, as the question was asked by an African-American woman.

While this was a legitimate question, as I, too, was shocked by Serena’s celebration after winning the gold medal, I am also aware of her temperament, and thought it better for me not to ask a question that would get responded to in an aggressive matter by one of the greatest tennis players of all time.

As a Compton, California native, I find it hard to believe that Williams is unaware of the name of the dance. Also, her older sister was killed in what was reported to be gang violence in September, 2003.

With that being said, I don’t think Serena had any ill intentions when doing the dance. I believe it was a spontaneous celebration after accomplishing one of the greatest feats of her career. Should she have known that performing a dance that is named after a deadly gang isn’t a good idea? Absolutely. With that said, it is in the past, and she should be forgiven for her poor choice of a celebration dance. If, however, she does win the 2012 US Open Women’s Title, I will be one of many watching the Serena celebration closely.