Daily Debate: Is the Season Over for the 0-5 New York Giants?

Posted on October 7, 2013 by RazzandJazzSports 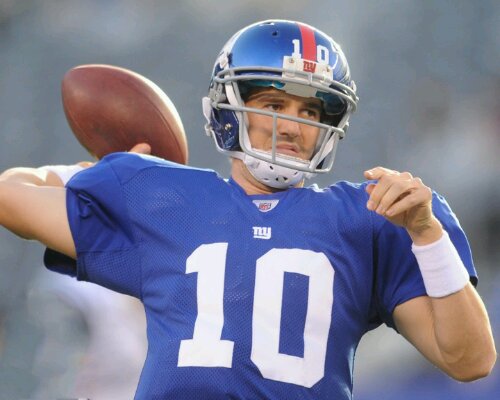 After falling to their division rivals, the Philadelphia Eagles, the New York Giants have begun the 2013 NFL season at 0-5, giving up at least 31 point in each of the five games. Because of the lackluster play of the other teams in the NFC East, Eli Manning and company are only two games out of first place behind the Eagles and Dallas Cowboys. Is the 2013 football season over for the Giants or can they still make a playoff run? Voice your opinion on the Razz and Jazz Sports Blog Daily Debate.

2 Responses to Daily Debate: Is the Season Over for the 0-5 New York Giants?